A Tale of Two Small Carnivores

What do a harvester butterfly and a sundew plant have in common? They both eat insects, live in the Oak Openings Region and are both hungry during the summer months.

The harvester (above), with a wingspan measuring just under an inch long, this mighty little beast is actually North America’s only carnivorous butterfly, with its caterpillars only dining on woolly aphids--insects that suck plant juices. The females lay eggs in colonies of aphids that primarily inhabit stands of Alder (Alnus spp) trees, and the caterpillars hide themselves using silk to tie their bodies to the remains of the aphids they consume, creating a type of shelter.

The adult butterfly does not typically sip nectar from flowers like other butterflies. Ironically, adult harvesters mainly feed on aphid honeydew, a sugary secretion produced by the aphids their caterpillars eat! With their short proboscis, these animals will also sip mineral salts from carrion, animal scat (pictured), and mud.

Below: A harvester caterpillar among the woolly aphids 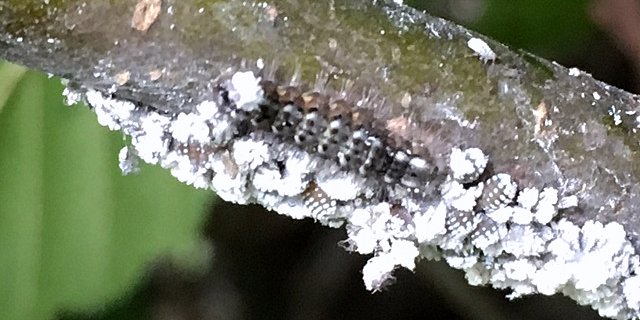 Also carnivorous, and lurking close by, is the unusual spathulate-leaved sundew (Drosera intermedia), an endangered plant in Ohio. Small, but powerful, this plant (below) grows in the nutrient poor sands of the Oak Openings Region, where it lures prey by producing a sweet nectar.

Once attracted, the unsuspecting insect gets stuck to a very strong glue located along sticky hairs that trap it in place. Strong digestive enzymes secreted by glands, take hold and start to dissolve the insect soon after it is captured. The insect is then utilized by the plant as a nutritional supplement for nitrogen and minerals not often found in the soil. 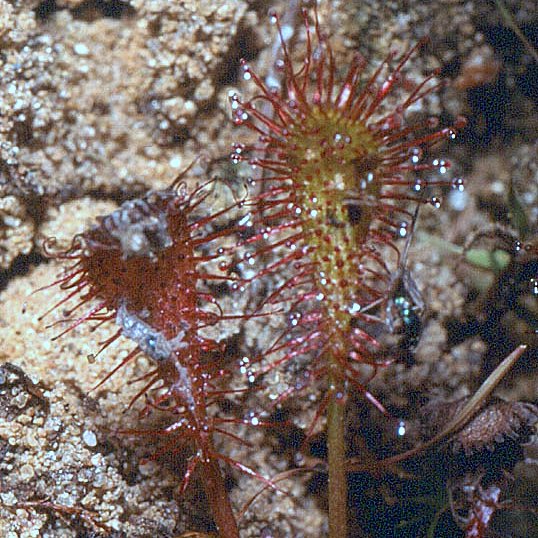