Researchers from the School of Environment and Natural Resources at The Ohio State University are beginning to pull back the curtain on an often heard, but uncommonly seen bird at Oak Openings Preserve: the Eastern whip-poor-will.

Very little is known about where these medium-sized, nocturnal birds that feed on flying insects migrate to in the winter. This question is of great interest and concern because the whip-poor-will is a member of a guild of birds known as the aerial insectivores, which are the fastest declining group of birds in North America. 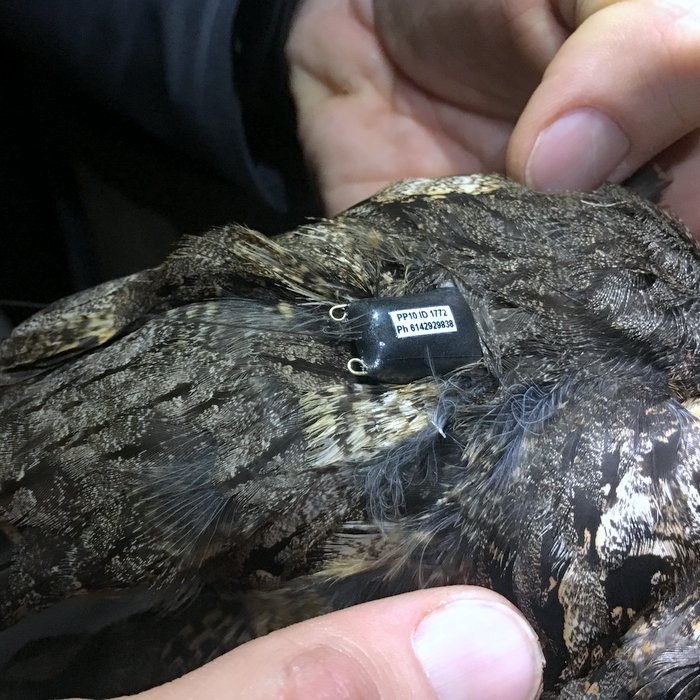 "To see that their populations are conserved we must first understand where they migrate to so we can determine where they are facing the greatest threats, said Chris Tonra, Ph.D. Those threats, he said, may include habitat loss, degradation or pollution of their breeding, wintering or migratory refueling grounds.

Dr. Tonra, Steve Matthews, Ph.D. and their graduate student, Jay Wright, used mist nets to catch six male and one female whip-poor-wills then tagged them with tiny GPS units that will log about 80 locations the birds visit over the next year. When the tags are retrieved, they hope to obtain the most precise data we have ever had on the migration of this fascinating bird.

Whip-poor-wills are found in Eastern forests with open understories, which is one of the traits of the Oak Openings Region of northwest Ohio.