Toledo Zoo researchers and volunteers had some four-legged helpers in late April as they rounded up turtles at Swan Creek Preserve, Wildwood Preserve and Oak Openings Preserve.

The Zoo's conservation department brought in John Rucker and his famous turtle-sniffing Boykin spaniels to help with its studies of the Eastern box turtle (Terrapene carolina carolina).

Rucker said he stumbled onto the dogs' ability to track turtles by accident. When his hiking party came upon a box turtle, he introduced it to his dog, and a few minutes later the dog took off, returning with another turtle. The dog found more than a dozen turtles on that initial hike, giving Rucker the idea to train and breed the dogs to track turtles. The spaniels use their keen sense of smell to track the scent that box turtles leave as they move across the land. Rucker has offered the dogs' services to numerous wildlife researchers.

Rucker and his dogs, along with Metroparks Toledo and Zoo staff and volunteers, sought turtles at the three Metroparks over several days. In spite of the cool temperatures and rain, the dogs helped find 29 turtles total: 9 at Wildwood and 20 in Oak Openings. Included in those 29 were an approximately 5 year-old turtles, an age class that is rarely seen, and an impressively large male weighing 810 grams, nearly 200 grams more than the other turtles located.

“Eastern box turtles are a species of concern in Ohio, meaning that stresses on their population such as habitat fragmentation and illegal poaching could lead to long term population declines if left unchecked,” said Tim Schetter, Ph.D., Metroparks director of natural resources. “The Zoo’s research is vitally important to better understanding the turtles’ habitat needs within our parks.”

Schetter noted that turtles are wild animals protected under Ohio law and should not be collected or taken as pets. 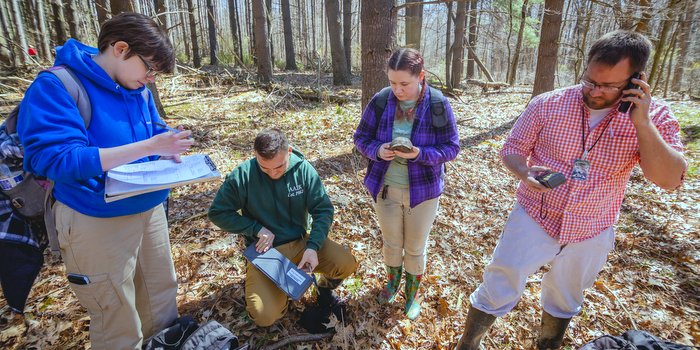